A new year begins. Time to review past month’s resolutions:

Additionally, I was working on:

Also, I was working on:

Since the past decade I’m interested on Clojure. It’s a return to Lisp, but in modern times.. Clojure is implemented on the Java virtual machine, but is also implemented on. NET (AFAIK, using Dynamic Language Runtime). The version of Java compiles to Java bytecodes. There is also a version of JavaScript, called ClojureScript. The community is very active, and has brought an air of renewal within Java. It has features like immutability of his work-oriented structures in multithreading, avoiding concurrency problems. It supports Software Transactional Memory, but has been less used by what I see. Web frameworks have emerged, and has a project and dependencies manager called Leiningen. Some links in my Clojure posts.

To deliberate practice TDD (Test-Driven Development) and C#, I was building an interpreter (not a compiler to bytecodes, yet). The project:

It has a class library project, and a test project. There is also a REPL (Read Eval Print Loop) simple console application.

In Lisp, an expressions is composed by a verb and arguments, written in a list enclosed by parenthesis. For example, a list that at evaluation returns the sum of 1, 2 and 3:

In the above example, the first argument to plus is a constant 1, and the second argument is an expression that is evaluated to –1 before the evaluation of the outer list.

But there are forms that not need evaluated arguments. They receive the arguments without evaluation. They are called special forms. I have implemented:

And I have implemented some (non special) forms as primitives in C#. Most of them could be implemented in Lisp itself, but being so basic that I preferred to implement them directly in C#, using TDD as usual:

Next topics: the Machine implementation, Context, how to use Parser and Lexer, more about expression evaluation, macros, tail recursion, etc.

It runs on Node.js, but it could run from browser. I improved the sample use cases, scraping two popular Argentinean news sites. The samples get an article or a frontpage, and produce JSON output.

This week I added multi-functions: functions defined with different bodies according to arity (no argument, one argument, two arguments and rest, etc..) I started to add support for anonymous function macro reader

Time to review my April 2014 resolutions:

Additionally, I worked on:

The resolutions for the new month, May 2014: 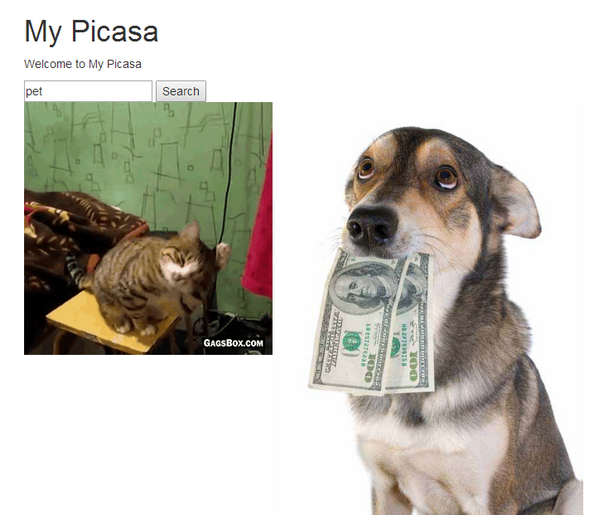 I added more basic functionality to my JavaScript scraper:

Now, each document element has a list of attributes. As a concrete use case, there are two console samples that generate structured JSON data from two  popular Argentinean news sites:

An interpreter of Go programming language written in C#, work in progress

Some lexer pieces in place, and the first parse expression method.

I removed events: no use case for them, yet. I added the construction of a multilayer network. Next step: automatic learning using back-propagation.

I participated in Round 1B:

I solved only one problem, check

For another problem, Lottery, I had a not written solution with O(n,m). I thought that it was not good enough for processing large dataset. But, apparently, the large dataset had no hard problem. Some contestants solved the problem using O(n,m) solutions. It was an interesting problem, that deserve more thought. I didn’t understand the third problem (I confused tickets with flights)

I worked on three non-public projects, too.

Software as a Service